The Clubhouse has been one of the most sought-after social networking sites since its inception. Because they innovated the group audio chat platform, several other outlets attempted to include group audio chats into their offerings. Clubhouse’s enormous success and buzz are primarily because it is an invite-only system now available in both android & IOS devices. Lately, it was only available for IOS users only.

However, this article will inform you about ten applications that are alternatives to Clubhouse that are available for both Android and IOS.

Today, we’ll look at all of the platforms that have included audio chat functionality. The other platforms provide more services other than audio conversations, which makes them superior to Clubhouse, either directly or indirectly. We have also talked about the Omegle Alternatives.

If you want to use the Clubhouse feature on Android, iOS, or Windows, you may go through the list of applications that are comparable to Clubhouse. Because group voice chat is a new function, there will be many applications in the future, and if we find a decent app with a clubhouse feature, we will include it in the list. There are other alternatives articles on our website such as WeTransfer Alternatives. 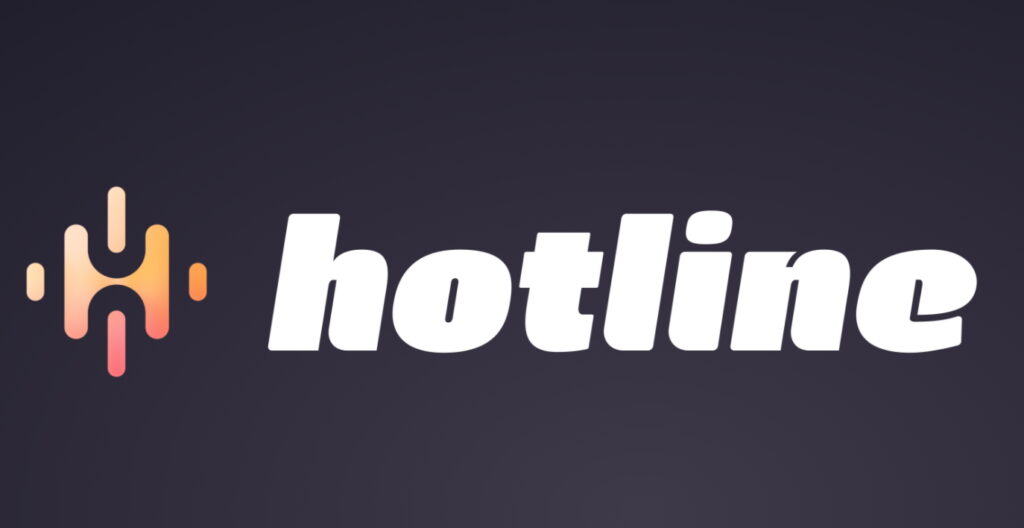 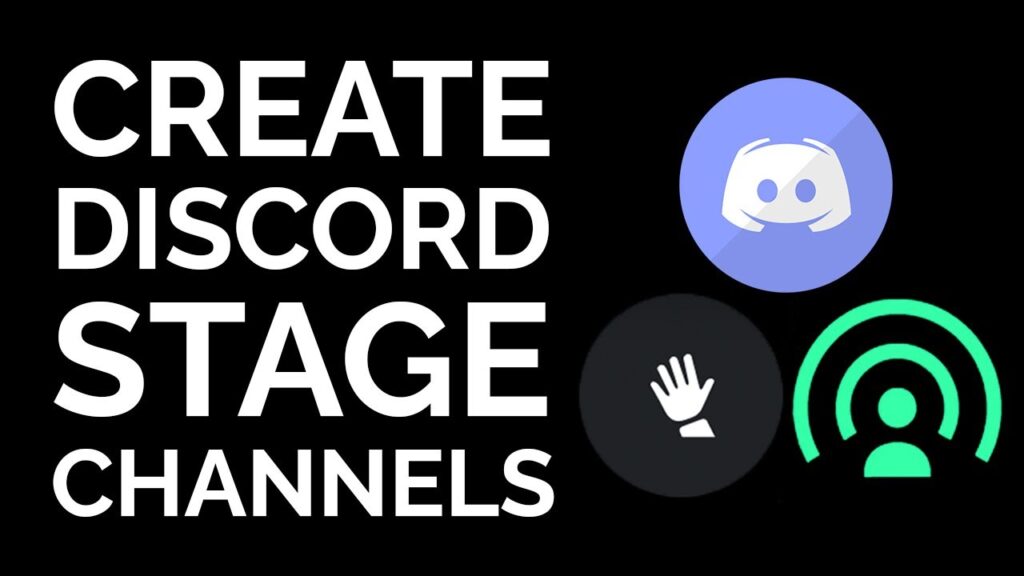 Suppose you use Discord to communicate with your pals while gaming; you’re losing out on a lot of fun. Discord has recently introduced Stage Channels as an alternative to Clubhouse. It is a new Discord channel where you may invite others to conduct a public chat, similar to Clubhouse.

It also has the same controls as Clubhouse does. There is a “raise hand” function for listeners that sends a request to the moderator, who may then choose to enable them to speak in Stage channels. A moderator can also shift a speaker to the audience group, remove someone from the channel, and do other things.

I like Discord Stage Channels because you can mute your microphone, delete people, and check who is speaking all from the main page. Many users on Clubhouse say that they can’t find who is speaking and scroll down to see the speakers. That is inconvenient. So, make a move and utilize our thorough tutorial to learn how to use Stage Channels on Discord.

Discord Stage Channels is a beautiful alternative to Clubhouse, in my opinion, and you should make use of it. I also enjoy using Discord since it allows me to add more features to Stage Channels by utilizing helpful Discord bots and Discord music bots. 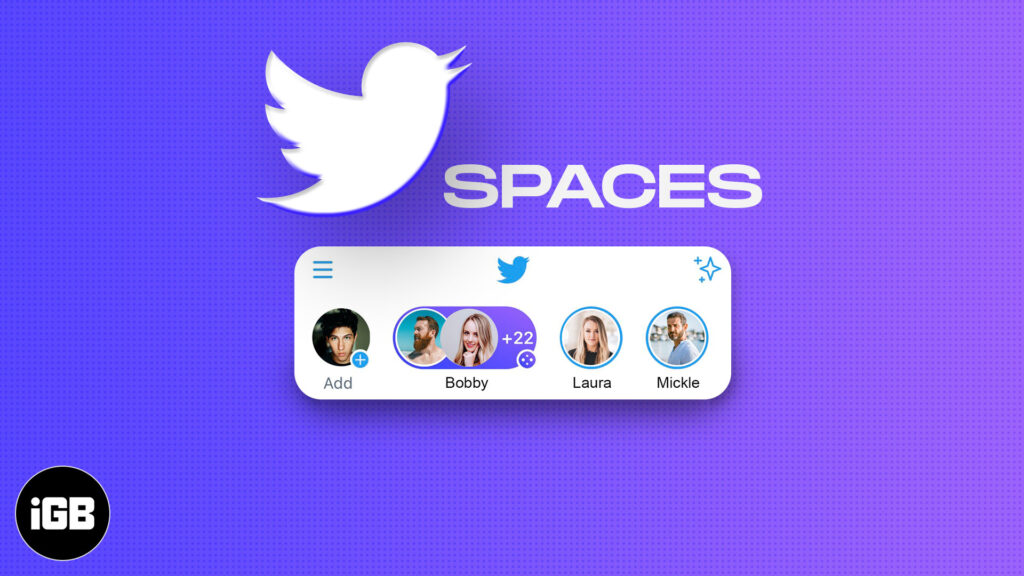 Following the introduction of Clubhouse, everyone seemed to agree that Twitter should have been the pioneer of this audio chat social network. Why? It’s because Clubhouse operates on the same premise as Twitter: nearly everything is open to the public. It took Clubhouse’s entry into the mainstream circle, though, for Twitter to awaken from its sleep.

Twitter has now released Spaces, which is similar to Clubhouse but is incorporated into Twitter and Fleets. It should be noted that while every Twitter user in India can host a Space, it is only available to individuals with more than 600 followers internationally.

Twitter Spaces may be accessed by pressing the “Compose” icon on Twitter and then selecting Spaces. Remember that Spaces, like Clubhouse, is open to the public, and anybody may participate in and listen to your Spaces. You may, however, choose who can talk in your Twitter Space: everyone, individuals you follow, or just those you invite to speak.

Aside from that, only ten users can currently speak at the same time. Nothing will be publicly visible when you discontinue your Space, exactly like Clubhouse. At the time, there is no audio recording option. However, in a breach, Twitter will keep a copy of Spaces for 30 days. Another thing to note is that protected accounts cannot create Spaces, but they may join and listen to existing discussions. 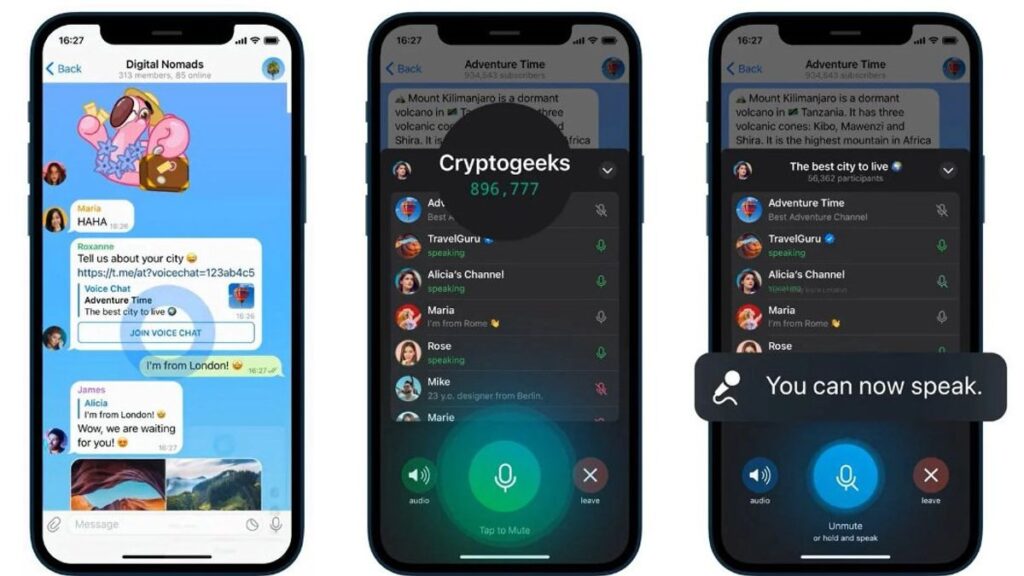 Telegram now includes voice chat. Only a group admin or channel owner may activate Voice Chat. Telegram, unlike Clubhouse, is not public and does not allow users to search for audio talks. In my limited experience, I found Voice Chats to be somewhat unintuitive, although this may improve with future releases.

For individuals who spend a lot of time on Reddit, meeting like-minded people through audio chat in a subreddit may be the most important choice, even better than Clubhouse. This feature, known as Reddit Talk, currently only enables moderators to host a discussion. The business has suggested testing the function and making Reddit Talk available to a broader audience.

Reddit Talk, like Clubhouse, allows subreddit moderators to initiate a public audio chat. Anyone may join the discussion and request to speak. The user interface is very comparable to Clubhouse, which I enjoy. Overall, if you frequent Reddit, Reddit Talk is a beautiful tool with an audio, social network similar to Clubhouse. 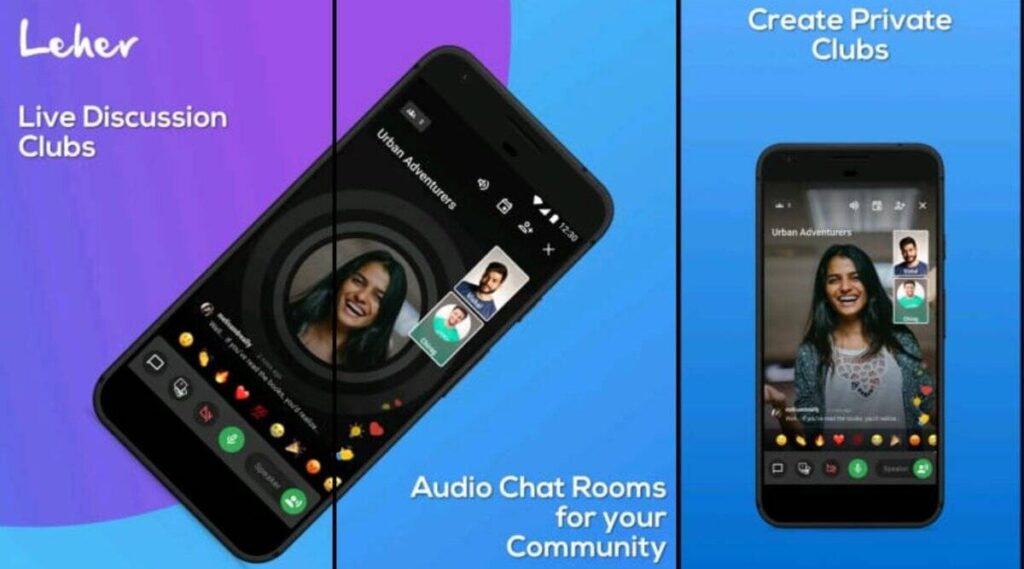 Leher is an Indian software that aims to provide a similar experience to Clubhouse. The application promotes itself as “Live Discussion Clubs on Audio and Video.” While Clubhouse only supports audio chat, Leher supports both audio and video chat. You may form your club and provide a meeting place for others who share your interests. 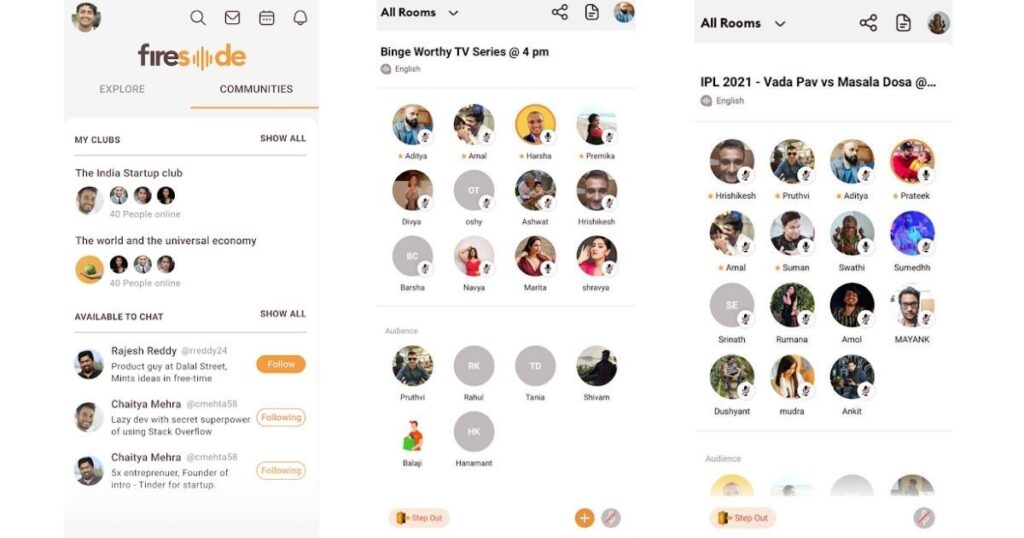 Fireside is an audio-based social networking app created by the same team that created Chingari, an alternative to TikTok for Indian consumers. It is divided into active chat rooms, Covid assistance and resources, and community search. Fireside now supports English, Hindi, Tamil, Telugu, and Kannada. 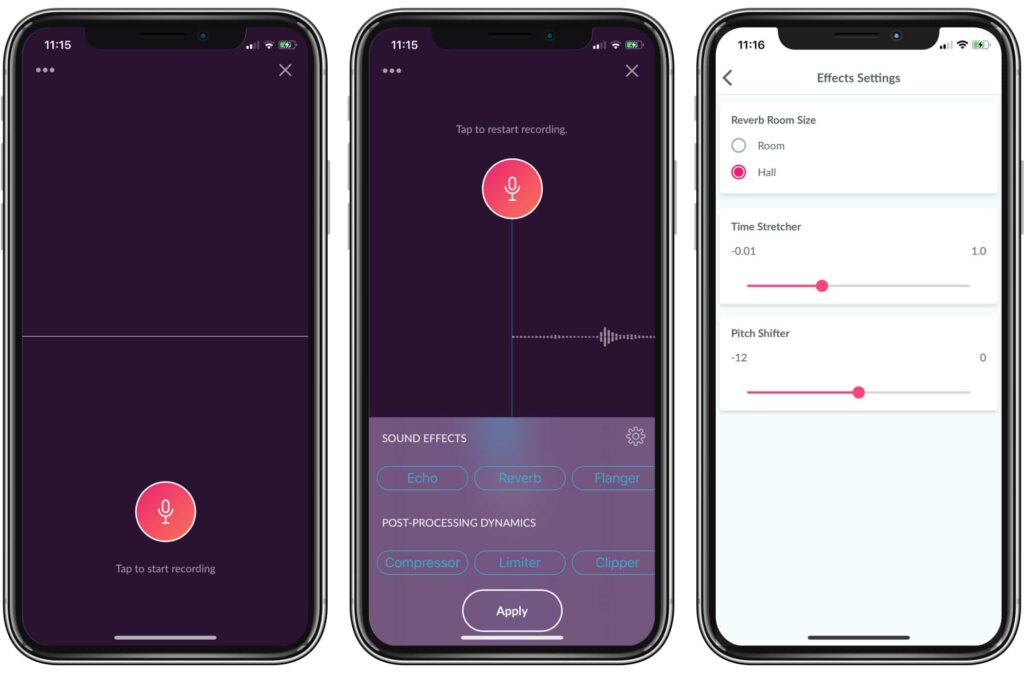 The riff is a new social media site that only allows audio conversations. Your audio discussions (called riff) are public and more conversational, much as in Clubhouse. The riff features a sharing option that will enable you to convert your audio riff to video and share it on various social media sites.

Spoon appears to be a viable alternative to Clubhouse since it provides a searchable public platform where anybody may drop in and listen to live conversations. Spoon claims that its audio platform has already been utilized by 30 million people, which is quite an accomplishment. Start your live audio broadcasts, a music room, or a typical podcast session with your pals.

Moreover, unlike Clubhouse, Spoon is monetizable by creators. So, if you’ve ever desired an audio-only YouTube alternative, Spoon appears to be the YouTube of audio-chat social networking. Aside from that, you may browse and explore hot conversations centered on music, everyday life, gaming, humor, and other topics. Overall, if you want to join the audio-chat hype train like Clubhouse, Spoon appears to be a decent place to start. 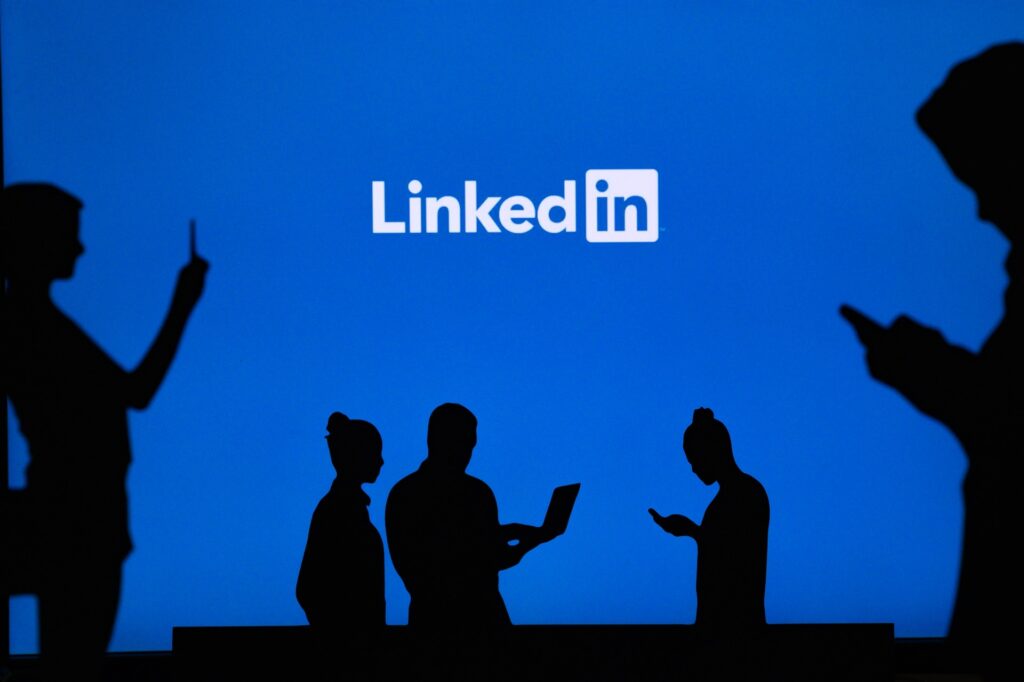 Finally, LinkedIn has revealed that it is developing a Clubhouse alternative. According to LinkedIn, its audio networking function would shed light on much-needed professional interactions. However, it is unclear when the service will be available.

Along the same lines, Spotify is developing an alternative to Clubhouse. It just purchased Locker Rooms, and the business claims that it will redesign the app to provide a better live audio experience.

So these are the most acceptable audio-chat applications like Clubhouse that are available. You may pick an app suited for your requirements from the list, whether you wish to have a casual talk or make micro-podcasts. So go ahead and download an app to hold audio conversations with your friends or followers.