WeTransfer Alternatives: With its simple interface and great performance, WeTransfer has turn out to be a leading cloud storage service based in Netherlands. But as we know the Department of Telecommunications of India has recently banned the website in the country in May 2020 due to national and public security reasons as said by the

Finder Alternatives for Mac: Finder is considered to be one of the most asked apps after the file manager app on MAC because of its simplicity and good looking interface. Finder is basically a built-in file management software that is available on Macs for arranging the files and making it easier to work, but many

Best Alternatives To Banned Chinese Apps in India: Just a day after announcing the ban of some Chinese apps in India, very popular short video app named “TikTok” along with 58 Chinese apps such as SHAREit, UC Browser, Mi Community, among others were taken down from Google Play Store and Apple App store by the 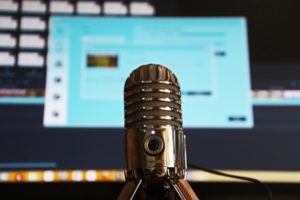 How to start a Podcast in 2020: Have you ever thought of starting a podcast? It’s so simple to start your own podcast and you can do it right now by just using your phone. So here in this article, we will talk about owning a podcast for yourself without a heavy budget. First of

Textsheet Alternatives: 7 Best Sites like Textsheet For Study 2020: A lot of people were using Textsheet for a long time but it stopped working now the students as well as the teachers are looking for alternatives to Textsheet. It was a great platform for everybody mostly for the students as they used to get